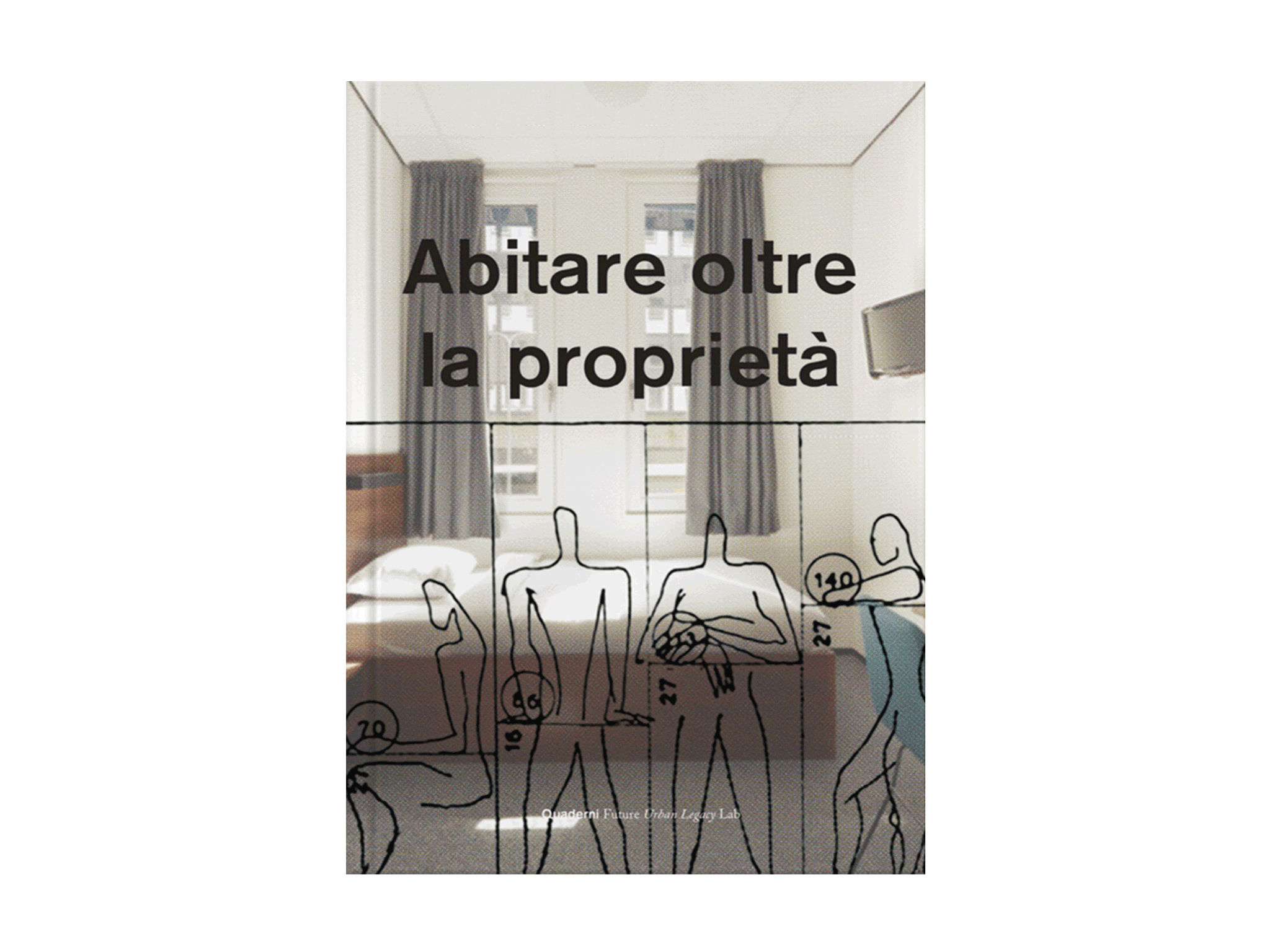 The contemporary city presents new and multiple forms of temporary housing, some of which remain unexplored within the Italian context. This research aims to provide an initial investigation globally on the broader offer of non-traditional forms of rented residence. New types of housing that, on closer observation, allow us to trace different generating models. On the one hand, the hotel and the room are designed on anthropometric principles; on the other hand, the housing unit is standardized.

This analysis highlights a broader spectrum of spatial conditions straddling privacy and the collective dimension, amplifying and challenging the classic dichotomy between public and private.

Rent appeared during the post-World War II period as a temporary condition before buying one’s own home. This process, common to all European countries, has significantly reduced the supply of rental housing even in the context of social housing. The urban development focused exclusively on homeownership has produced an overdose of manufactured housing, not resilient to demographic and social fluctuations in contemporary cities.

Starting from the example of the American Hotel, we can imagine a paradigm shift between the house as an asset and the house as a service, where space is modulated and optimized for the needs of its inhabitants.

Observing the domestic landscape in buildings conceived and designed for rent, we can build possible relationships between projects in different contexts for totally different targets.

Each of the architectural models shown in the previous sections and the specific typological characteristics should be understood to its relationship with the urban context. With an exercise of multiplication of a model, it is possible to deduce a city meta-model. Depending on the density obtained, this operation can range from the dense fabric of the nineteenth-century European city to the garden city of modernist influence.

The characteristics with which we will identify the different case studies are rental price and square meters. Through a survey of the average size of housing and the price per square meter of the city studied, we can identify the area and the affordable rent for that city, following the definition of affordable that provides, to be such, the correspondence of the price to one-third of the average wage.

Comparing these average values with case study values shows that a smaller amount of private space still corresponds to a competitive price that has the difference of including the services provided by collective space.

The latter was obtained by adding up the surface area of the common spaces and dividing it by the number of units in the respective case study. It was, therefore, possible to identify a price that corresponds to the square meters of the domestic unit and a total price that is the result of the sum of the latter and the collective space.