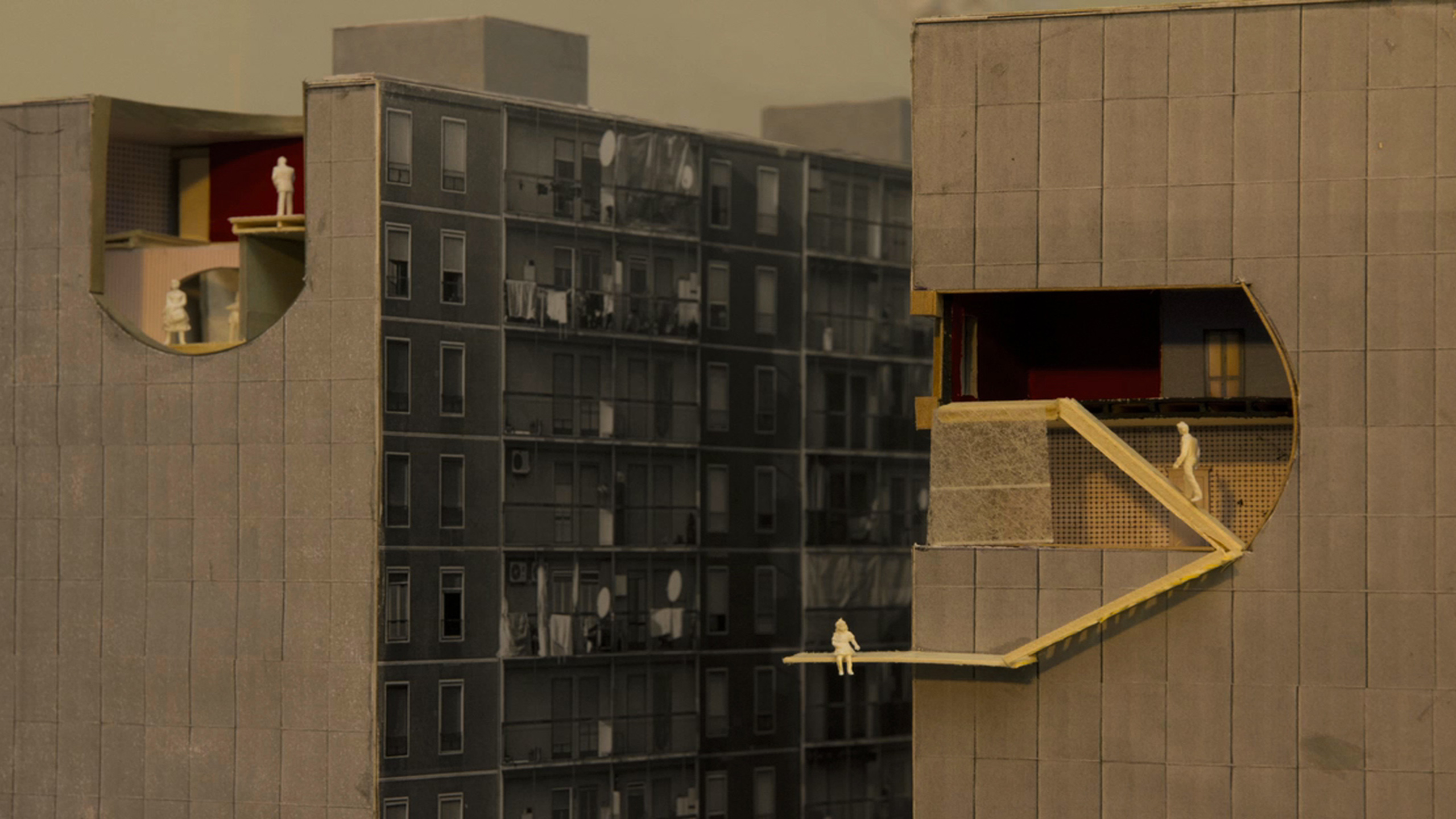 The video research carried out on the occasion of the exhibition “Stazione Futuro” organized at the OGR in Turin for the 150th anniversary of the unification of Italy, questions the potential of the border between city and countryside through reuses and transformations of existing buildings.
The opening of the façades can give rise to new and unknown ways to utilize the landscape can allow the addition of collective functions and it can be a valid resource to renovate obsolete or unsold residential housing.

Every year the metropolitan area of Milan loses agricultural spaces and green areas because of the urban sprawl on the land. Residential development represents the biggest cause of this progressive erosion of the open spaces corresponding to 75% of the entire building industry. Every citizen of the metropolitan area of Milan loses 2.5 square meters of open space every year. At the current rate of the real estate market, the new dwellings included in the development plans made by the towns under the jurisdiction of the city of Milan are expected to be sold in no fewer than twenty years. To put a stop to the construction of houses on the land means to design a new way of transforming the city, starting from radical interventions in urban renewal, which today represent only 15% of urban development. To put a stop to the unchallenged development of the city means that the whole context in which we live has to be part of a project, even the agricultural and natural open spaces, the so-called voids. Opening the blind façades of the buildings on those voids, created to allow for other buildings with blind façades, means to give the first example of an opening towards the urban landscape and the need to consider it the prime front (horizon) towards which the city should open.