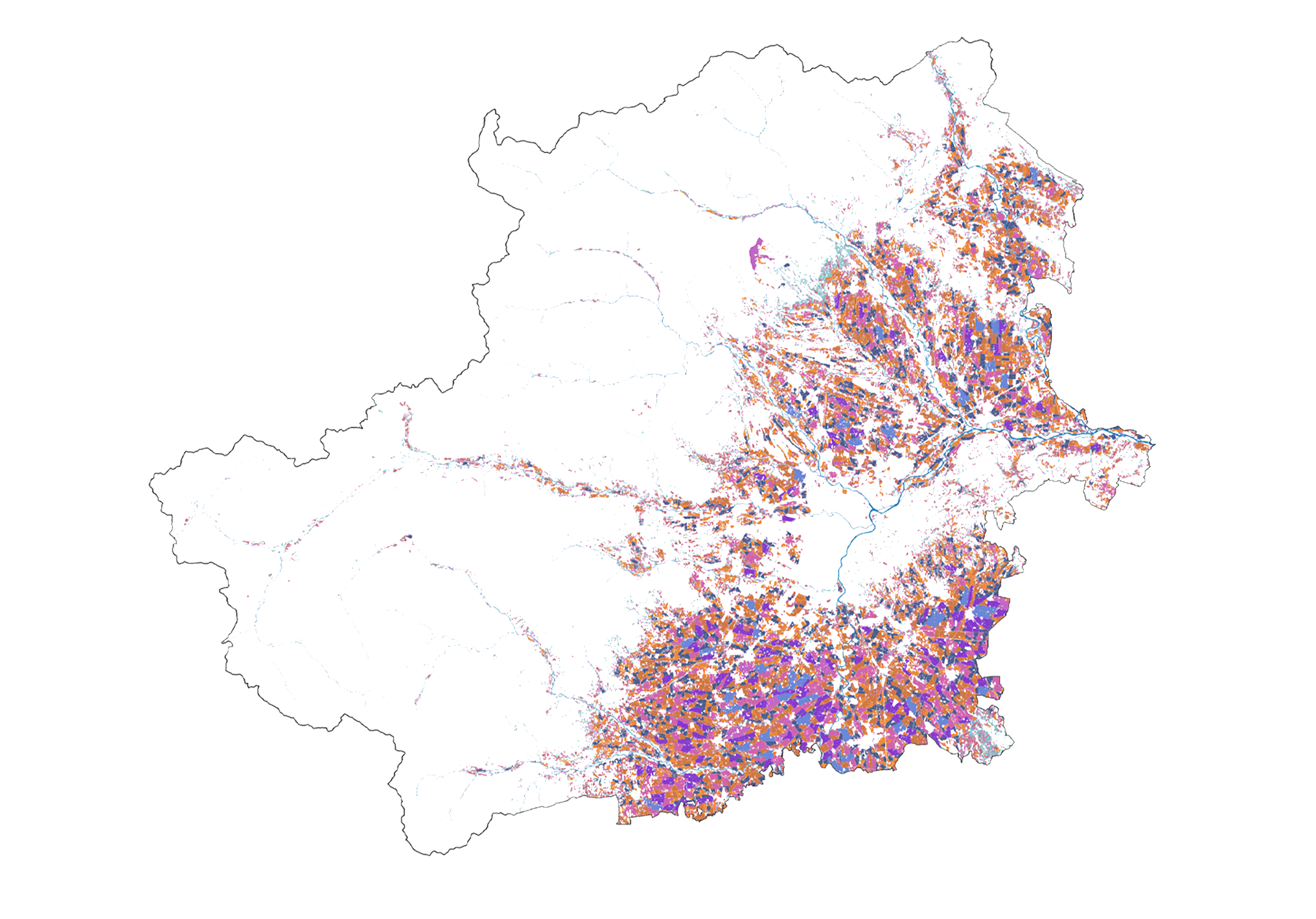 The analysis proposed in this research wants to define a new hierarchy of the view taken of the territories of the Metropolitan City of Turin. They are a curious observation of metropolitan reality for what it is, which rejects the interpretative frames set by other consolidated narratives to identify and multiply the spaces of a possible project. According to these premises, the residency theme is addressed in the broadest sense of the term, becoming an opportunity to investigate the different ways of inhabiting the territories of the Metropolitan City.

The focus shifts from the specific topic of housing to the study of settlement systems (the complex relationships between residence and the provision of services, infrastructure, public spaces, places of centrality, and the environment). The sequence of territorial analyses highlights the multiple levels and modes of these interactions.

In this way, the vocations of each territory are identified, but unexpected analogies between them and their potential on the metropolitan scale are understood. Their inequalities, moreover, are interpreted precisely in terms of a more or less virtuous relationship between residence and the settlement system as a whole.

Settlement systems and the inequities that characterize them are not investigated abstractly, but continuous and direct reference to the morphology of metropolitan territories. The knowledge of the Metropolitan City geographies is considered the fundamental premise for a deep understanding of its settlements, their criticalities, and potentialities.

The Metropolitan City of Turin is a complex urban system, and as such it already has its overall figure. The latter has been constituted over time by stratifying the territory of infinite visions and projects, and its future evolutions are largely inertial to its history.

Consequently, these analyses do not seek a new synthetic figure but want to guide the transformations of the existing one, suggesting possible modifications to its balances. This objective is pursued through a tactical approach, in which systemic reflection is complemented by discrete action. The many latent potentials present on the territory are transformed into places where to apply widespread planning, coherent with the overall figure, and for this reason able to interact with it also through the transformation of discrete areas.

A sequence of large-scale analyses flows into a collection of maps of the metropolitan area’s potential. These are critical and project-oriented representations of the existing figure, highlighting its qualities and hierarchizing its elements.

The value of discrete action within a coherent overall vision is asserted here. The grand scale and the overall picture are no longer an alibi for inaction, but the cultural reference and spur for implementing an ambitious vision for the future of the Metropolitan City.